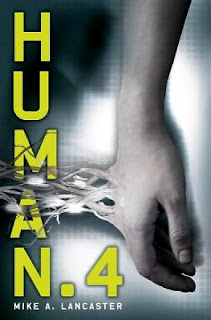 Title: Human .4
Author: Mike Lancaster
Genre: YA Science Fiction
Pages: 231
Rating: 3 out of 5
Challenges:
FTC Disclosure: I borrowed this book from my school library
Summary (from the inside flap of the book): Kyle Straker volunteered to be hypnotized at the annual community talent show, expecting the same old lame amateur acts. But when he wakes up, his world will never be the same. Televisions and computers no longer work, but a strange language streams across their screens. Everyone's behaving oddly, It's as if Kyle doesn't exist. Is this nightmare a result of the hypnosis? Will Kyle wake up with a snap of fingers to roars of laughter? Or is this something much more sinister? The book is narrated on a set of found cassette tapes at an unspecified point in the future.


Review: I really liked the description of this book, I mean, can you imagine volunteering to be hypnotized and then discovering that something wild and crazy and scary happened while you were under? Totally frightening and a great premise. However, that great premise just wasn't well fleshed out in this book. 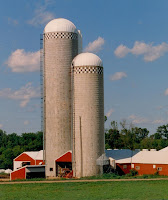 (photo credit)
Click to see my updated Google Map. This book is set in Great Britain, but that isn't really relevant to the story (except that I could easily picture the village green, etc having spent so much time in Britain). It is, however, a science fiction book, so here are some other science fiction books that I would recommend:

Email ThisBlogThis!Share to TwitterShare to FacebookShare to Pinterest
Labels: 3 Stars, Science-Fiction, YA

Lately, I've been fascinated with quite a few books/movies of this theme. I guess it's a reminder that not everything scifi has to be embraced, and yet most of the time, scifi is shown to be the villain.

Aths--I really do like this type of book as well and that's why I was so looking forward to this one. It just fell short of a really good YA book

I like the premise too, Helen. Too bad the author didn't make the most of it. Still, a clever idea! Thanks for your review!

I know what you mean, Helen. I loved the concept behind this one, and thought it was an update on the Cold War era sci-fi out there. But I'd love to have seen a more in-depth treatment, as it felt more like a novella to me.

Col--I am not advocating that no one read it, I just wish it was more sophisticated. I definitely know a group at my school that would like it

Stephanie--Novella is a good word for it. I felt an editor should have fleshed the story out more