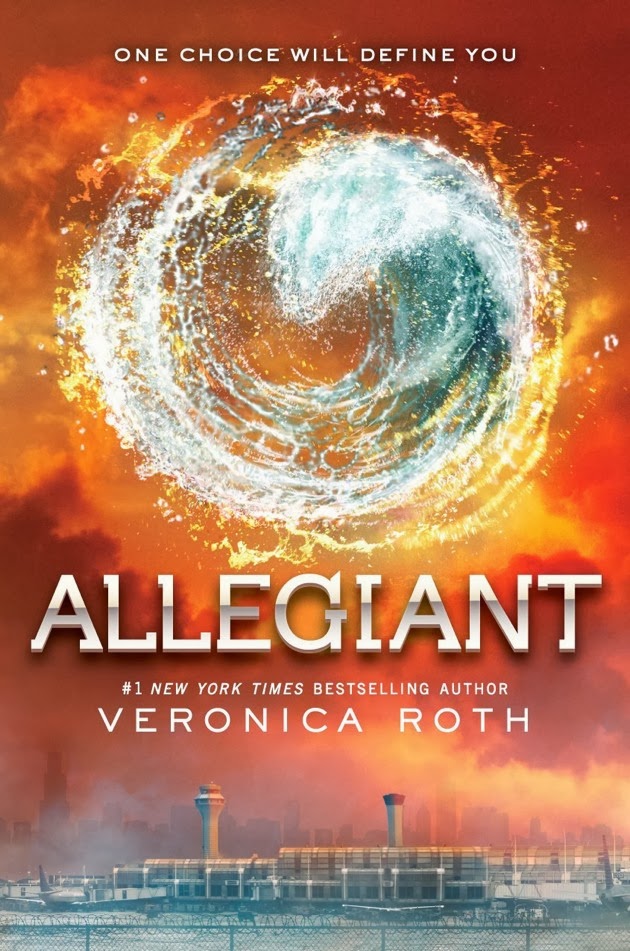 Summary (from the back of the book): The Faction-based society that Tris Prior once believed in is shattered--fractured by violence and power struggles and scarred by loss and betrayal. So when offered a chance to explore the world past the limits she's known, Tris is ready. Perhaps beyond the fence, she and Tobias will find a simple new life together, free from complicated lies, tangled loyalties, and painful memories. But Tris' new reality is even more alarming than the one she left behind. Old discoveries are quickly rendered meaningless. Explosive new truths change the hearts of those she loves. And once again, Tris must battle to comprehend the complexities of human nature--and of herself--while facing impossible choices about courage, allegiance, sacrifice, and love.

Review: Ah, the end of a series. It's always exciting and a let down all at the same time. I am sad to leave the characters, but have such fun reading the book and finding out how it all turns out. And this one did not disappoint. It has been a while since I read Divergent and Insurgent so I was a little confused at first, trying to remember all the characters, rules, what had happened and where we had left off, but I got into the swing of it and plowed ahead.

I enjoyed Tris and Tobias' relationship during this third book. While they sometimes fight and bicker, they do love one another, learn to forgive each other and realize that if you truly love someone then the relationship is worth fighting for. Actually, that sentiment goes further than just Tris and Tobias, which is a nice theme.

The action is non-stop in this third book and I liked that it leads to us learning about how the city was formed, who is in control, what is beyond the fence, and how it impacts the factions. I don't want to give anything away, but this third book really is a good look at government control, how people really can be convinced to believe anything, no matter how ridiculous it is. We all want to be told we're superior and certain people in this book really, really took this idea to heart.

What I like about YA dystopian novels is that yes, they are about government control, a strong heroine (yay!), young love, and rebellion, but they also have good themes in them. Dedication, love, honesty, forgiveness, prejudice, and control all show up in this book. Not bad!