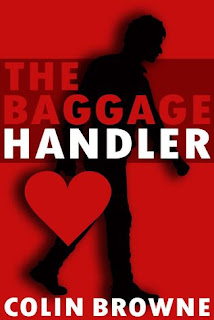 Genre: Adult Fiction
Pages: I don't know since I read the Kindle edition, which means no page numbers
Rating: 4 out of 5


FTC Disclosure: I bought the e-book when the author asked me to review it

Summary (from Amazon): Martin White, editor of the Shallow Review of Books, likes his life as he likes his work: shallow. Living in purposeful near-isolation in the middle of a crowded city, he keeps his relationships superficial and his life uncomplicated. His deliberate avoidance of social potholes prompts his colleagues to turn to him for assistance handling their own life and relationship baggage, which only strengthens his resolve never to allow any of it into his life. He's pretty happy, albeit hollow and empty. But then Kasia turns up. Young, Polish, focused on minding her own business, she neither invites, nor encourages Martin's flailing attempts at romance, but he can't help himself. For reasons that defy logic for an isolationist such as he, he falls for her, hard. Years of handling baggage have done nothing to equip him to handle his own however as he realizes with excruciating displays of ineptitude, again and again. He's way out of his depth.

Review: I seem to have taken on quite a few books to review from authors and publishers. That is neither good nor bad, just different from what I've done in the past. It turns out Colin Browne is friends with Nadine Rose Larter, the author of Coffee at Little Angels, another book that I reviewed at the request of an author.

It's funny, my instinct is to say this is a guy book, but it's also about romance and relationships, which I usually associate with female authors and "chick books." So I guess this book is both and neither, which is kind of cool. I cannot relate to the Martin in the beginning of the book; he is negative and keeps away from people, ensuring that he does not create solid relationships with people (including his mother and his coworkers). I am such a people person that I just cannot imagine doing that. However, he is very believable and I can see that his personality allows him to keep to himself while "taking on" other people's problems and dispensing advice to them. He doesn't get emotionally attached.

But then there is Kasia. I think his attachment to her is very realistic. Just when we least expect it, people come into our lives and throw us for a loop. Kasia makes Martin behave in ways he doesn't understand, do things he normally wouldn't do (like go out for drinks with his colleagues), and he totally screws up all his attempts to woo her due to his lack of practice. In fact, all of Martin's relationships are shallow, allowing him to behave the way he wants without having to deal with any repercussions of his actions.

The first half of the book was slow for me, but definitely picked up in the second half. I wanted to know if Kasia finally allowed Martin to go out with her, I wanted more of her background story, and I wanted Martin to get his act together. Actually, Kasia's background, when it finally comes out, is interesting. Britain has a lot of Polish immigrants these days and I like how Browne used that with a twist.

I liked that this book is not the run-of-the-mill romance and shows people as we really are rather than the syrupy sweet stuff we usually get in relationship books.