Flight Time and the Big Easy

Now that you've clicked on the headline to actually read this post, I can confess that the headline is part of the Blog Improvement Project (Week 2: Pumping Up Headlines). How did I do with the headline? I was going to use something boring about "Awards and Globetrotters" then read the challenge for this week and went with "Flight Time and the Big Easy"... Perhaps a bit misleading since you may have thought I took a trip to New Orleans. :-)
As I posted in yesterday's Sunday Salon, my daughter and I went down to Los Angeles yesterday and saw the Harlem Globetrotters. I hadn't been since high school in the early 1980s and I had forgotten how little basketball and how much show it is; we definitely had a good time! It turns out the two players whom we had watched on the Amazing Race are the two stars/main guys so that was really fun. Here's Flight Time and Big Easy (born the year I first saw the Harlem Globetrotters!)... 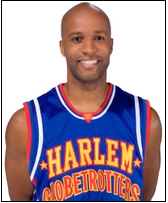 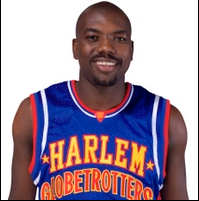 There were also celebrities involved. I assume they do that in every show, but it added a fun dimension. The team honored Tommy Lasorda for all he has done during his 61 years with the LA Dodgers. 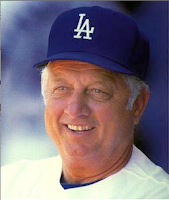 Drew Carey tossed up the first ball for the tip off and made another dancing appearance in the third quarter. 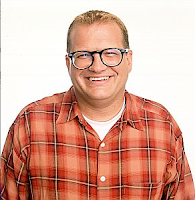 And, playing for the Washington Generals (the team that always loses to the Globetrotters) was Flea from the Red Hot Chili Peppers (I am a closet Chili Peppers fan) 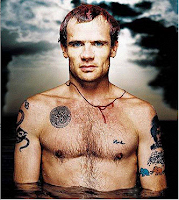 I received the Honest Scrap Award again, but this time from the Book Nerd Club...thank you! I tell you, awards never get old; I think we all appreciate being honored or recognized in whatever form it takes. A pat on the back, a kind word, a blog award, or a big fat bonus check (not that I ever get those), a little acknowledgement goes a long way. 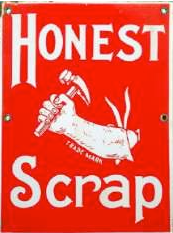 Email ThisBlogThis!Share to TwitterShare to FacebookShare to Pinterest
Labels: Awards

The title of this post caught my attention! I like it :) I've always thought it would be really fun to see the harlem Globetrotters, glad you got to go.

I saw that you will soon be reading to Kill a Mockingbird, I love that book! Can't wait to hear your thoughts on it.

Miss Attitude, I read To Kill A Mockingbird way back in high school so I am re-reading/listening to it as part of the flashback challenge. I am looking forward to it!

Nice job on the headline - drew me right in!

Flea?!? Seriously? That's pretty cool. I would've never expected him to show up in a basketball game.

Booksnyc, thanks for the vote of confidence!

Softdrink, So glad someone else knows who Flea is! He wasn't a very impressive basketball player. He was about half as tall as the "real" players