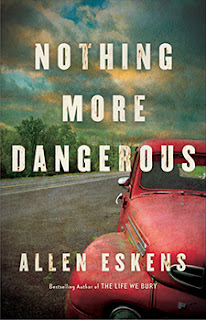 Summary (from the inside flap of the book): In a small Southern town where loyalty to family and to "your people" carries the weight of a sacred oath, defying those unspoken rules can be a deadly proposition.
After 15 years of growing up in the Ozark hills with his widowed mother, high-school freshman Boady Sanden is beyond ready to move on. He dreams of glass towers and cityscapes, driven by his desire to be anywhere other than Jessup, Missouri. The new kid at St. Ignatius High School, if he isn't being pushed around, he is being completely ignored. Even his beloved woods, his playground as a child and his sanctuary as he grew older, seem to be closing in on him, suffocating him.
Then Thomas Elgin moves in across the road, and Boady's life begins to twist and turn. Coming to know the Elgins - a black family settling into a community where notions of "us" and "them" carry the weight of history - forces Boady to rethink his understanding of the world he's taken for granted. Secrets hidden in plain sight begin to unfold: the mother who wraps herself in the loss of her husband, the neighbor who carries the wounds of a mysterious past that he holds close, the quiet boss who is fighting his own hidden battle.
But the biggest secret of all is the disappearance of Lida Poe, the African-American woman who keeps the books at the local plastics factory. Word has it that Ms. Poe left town, along with a hundred thousand dollars of company money. Although Boady has never met the missing woman, he discovers that the threads of her life are woven into the deepest fabric of his world.
As the mystery of her fate plays out, Boady begins to see the stark lines of race and class that both bind and divide this small town - and he will be forced to choose sides.
Review: I am going to admit right off the bat that I skimmed a bunch of this book. Not because I didn't like it, but because I am in a major pandemic reading slump and I needed to "finish" a book (it's been weeks).
The premise and setting for this book are really good. It's the 1970s, in a small town in Missouri where everyone knows everyone, a KKK-like group has a foothold with many of the men in town, and a black family is moving in. There are also secrets, people who do what's right instead of what's easy, and boys become friends. It's not a new story, but it is well done. It's believable, tense at times, and the twists will keep you guessing as to who is really a "bad" person. Hint: we all have good and bad in us.
I also really liked Boady. He is a good kid who says inappropriate things because he doesn't know any better, but he learns, he is open to people who are different from him, he looks out for his mom, and he learns what it means to sacrifice.
Challenges for which this counts: 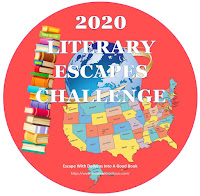