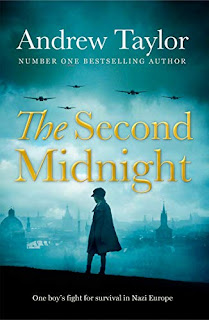 Summary (from the back of the book): As war looms in Europe, Hugh Kendall is a troubled young boy. When his hated father offers him the chance to visit Prague, however, Hugh feels that this may be a turning point in their relationship. Hugh could hardly have been more mistaken. His father had taken him as cover for his minor mission on behalf of the Intelligence Services, and has no second thoughts when he has to leave Hugh in the hands of the growing Czech Communist Resistance to allow him to return to England. Hugh is left without a family, without a home, and has to remake his life in a country which has just been over-run by the Nazis and where he does not even speak the language.

But Hugh begins to find himself, especially when he is taken under the wing of a Wehrmacht colonel, Helmut Scholl - a 'good' Nazi - and discovers the joys of friendship with Scholl's daughter Magda. Hugh's alien status as foreigner and potential enemy, however, is never forgotten by Scholl's son Heinz, who mistrusts and dislikes Hugh, feelings which are intensified to hatred when Colonel Scholl is killed shortly before the end of the war. As a shattered Europe edges towards an uneasy peace and an intensifying Cold War, Hugh and Magda are separated without any obvious hope of ever finding each other, and Hugh and Heinz are set on a course that will bring them into ultimate confrontation.


Review: I am always up for an intriguing story set in World War II Europe, but unfortunately, this one just didn't do it for me. And in Goodreads it has a 4.09 rating. I feel like I missed something.

It felt like there were a ton of characters in this book, which isn't necessarily a bad thing, but for me, it meant that I didn't care enough about a core group of them. Hugh should be a sympathetic character, and he was when he was young, but as the book progressed I didn't continue to feel for him. His father is so completely awful to Hugh that I really wanted to like him and support him as a character.

The action in this book begins before the outbreak of WWII as Hitler is taking over Czechoslovakia. Due to my vacation last year in Eastern Europe, I was able to visualize the area and the places in Prague where the action took place. That was cool, but it wasn't enough to bring this novel to life for me.

Perhaps I wasn't in the right mood for this book because others are obviously enjoying it.

Challenges for which this counts:
For the Popsugar Challenge, this book has a three-word title. 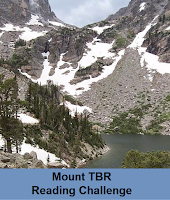