I have not posted much in the past couple of weeks because the reading I am doing is for the CYBILS and I am not allowed to post any reviews of the books until the winners are announced on February 14.

And now I have something post-worthy that isn't book related. After suffering for almost a month with the Thomas Fires (see this post), on Tuesday, January 9 at 3:30am Santa Barbara (specifically my neighborhood of Montecito) was hit with mudslides. You have probably seen some of the details on TV this week, but it has been just devastating. My family and house are fine; we are two blocks from the slides. But our neighbors and community and people we know have been directly affected. 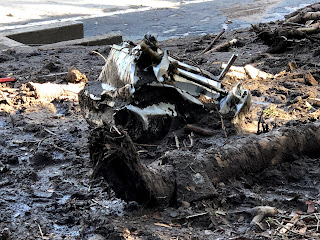 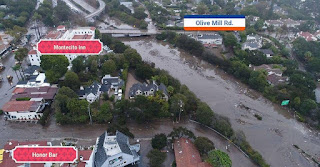 
So that's what's going on here. I hope you and yours are safe and well wherever you live.