Review: The Septembers of Shirz by Dalia Sofer 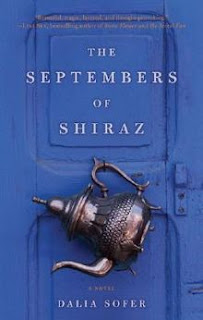 Summary (from the back of the book): In the aftermath of the Iranian revolution, rare-gem dealer Isaac Amin is arrested, wrongly accused of being a spy. Terrified by his disappearance, his family must reconcile a new world of cruelty and chaos with the collapse of everything they have known. As Isaac navigates the terrors of prison, and his wife feverishly searches for him,his children struggle with the realization that their family may soon be forced to embark on a journey of incalculable danger.


Review: I have had this book on my TBR shelf for years and I finally read it when I saw that the video was available from Netflix. I'm not sure why seeing that a movie is available spurs me to read a book. :-) What a powerful description of life in Tehran after the Revolutionary Guard took over in 1979. I liked that though the main characters were a wealthy "westernized" family, we got to read about how people on both sides of the revolution felt about the situation and why the revolution happened.

The main family has a number of "strikes" against them: they are Jewish in a country being taken over by Muslim extremists; they are wealthy business people; they travel to Israel often; and they have some slim connection to the Shah (through a diamond sale). The author fled Iran herself in 1982 so has strong memories of the take over from which to draw and this shows.

The book does a great job of showing the paradox of a religious group taking over against those that "have" by taking their jewels, money, and more for themselves. There are also tense moments in the jail, beatings, killing, and fear. I truly don't understand how people can do that to other people in the name of religion or justice. An interesting aspect is the relationships between the Amin family and those on the other side of the revolution. Isaac, the Jewish prisoner, and his interrogator and his wife, Farnaz, and her relationship with their maid and her son. These relationships are the vehicle through which we learn the beliefs of the Revolutionary Guard and the Revolution. To be the down-trodden and watch the wealthy has been difficult and spurs horrible actions by the masses who feel they deserve to take from the rich and keep it all for themselves.