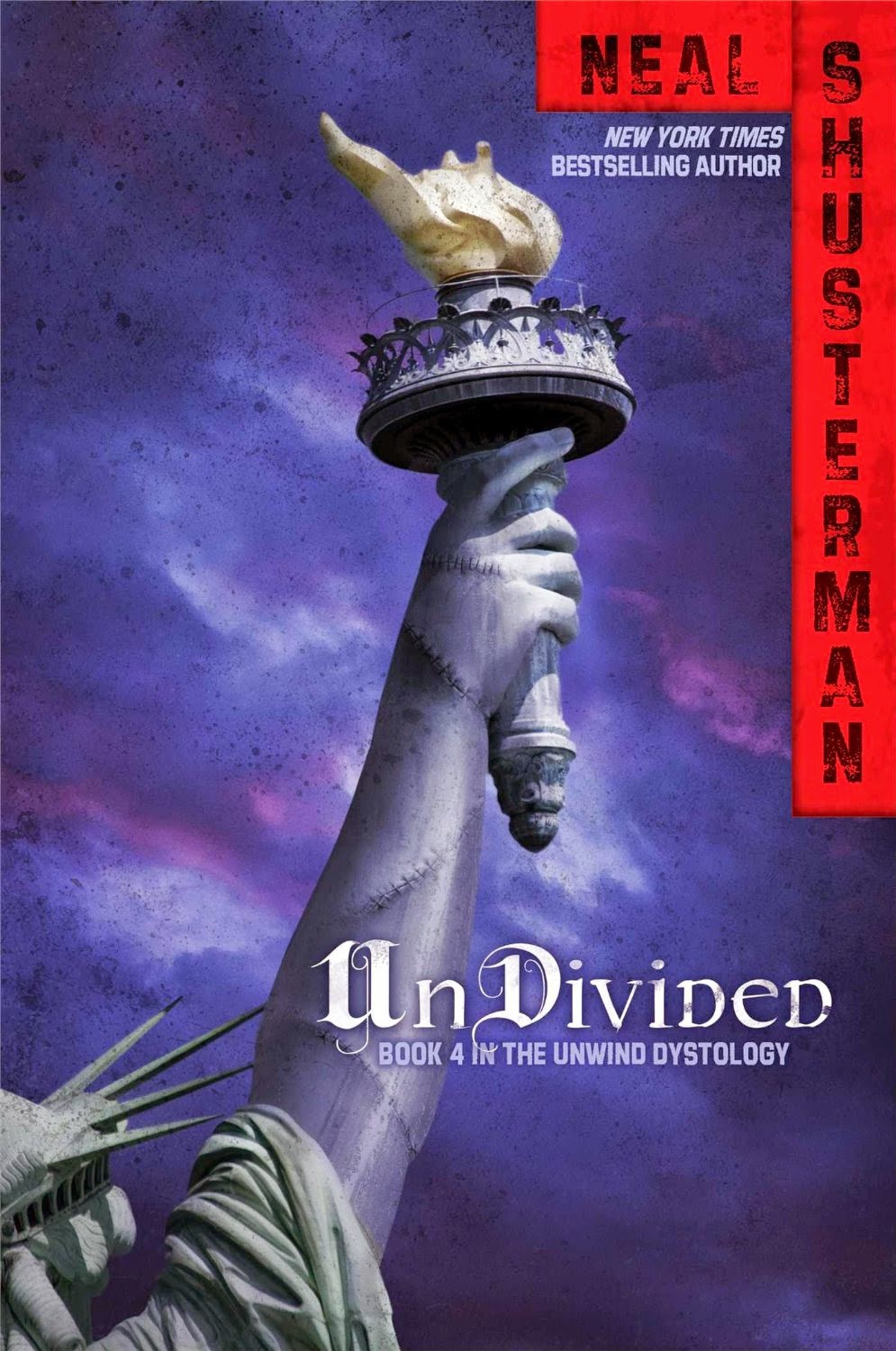 Summary (from the inside flap of the book): Proactive Citizenry, the company that created Cam from the parts of unwound teens, has a dark military plan for him. But below the surface of that horror lies another shocking level of intrigue: Proactive Citizenry has been suppressing technology that could make unwinding completely unnecessary. As Conner, Risa, and Lev uncover these shocking secrets, enraged teens begin to rise up, demanding justice and a better future.

But more trouble is brewing. Starkey's group of storked kids are growing more powerful and militant with each new recruit. If they have their way, they'll burn the harvest camps to the ground and put every adult in them before a firing squad--which could destroy any chance America has for a peaceful future.

Review: Ah, the final book in Shusterman's Unwind dystology. I am sad to see it end, but really enjoyed the series! It's been almost a year since I've read the third book in the series, but I have enjoyed all of them: Unwind, UnWholly, and Unsouled.

This book wraps up the story that we've followed for three books, including all the characters, which is a bit overwhelming at times when I was trying to keep track of all the different storylines that were going on. Luckily Shusterman broke the book up into short chapters named after the character whose perspective I was reading. That definitely helped.

The events of this book are so disturbing (hence it is dystopian), particularly because I can see segments of our society going in this direction. Troubled teens? Unwind them. Parents won't give permission? Make a law saying you can take the teens without their parents' permission. Legislators feeling like they know what's best for society. The inherent evil and greed of some characters is also depressing, but not so far off from what we see if the news. Yes, Shusterman has taken it to the extreme, but it is a great commentary on some things that happen in our country.

I liked that this book doesn't wrap things up in a neat and tidy way; there are definitely many unknowns as the book ends. However, I didn't feel unsatisfied because enough of the issues are solved and there is some happiness as we are left with America at the start of a bumpy "unwind" road.