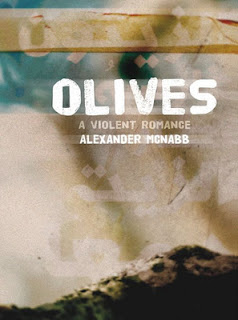 
FTC Disclosure: The author asked me to review the book

Summary (from Amazon): When Paul Stokes runs out of choices, his only path is betrayal. The fragile peace is holding. Behind the scenes, the Israelis are competing for dwindling water resources as Jordan and Palestine face drought. Daoud Dajani has the solution to Jordan's water problems and is bidding against the British for the privatization of Jordan's water network. When journalist Paul Stokes befriends Dajani's sister, Aisha, British intelligence agent Gerald Lynch realizes Paul offers access to the man threatening to drain Israel's water supply and snatch the bid from the British. Blackmailed by Lynch into spying on Dajani, his movements seemingly linked to a series of bombings, Paul is pitched into a terrifying fight for survival that will force him to betray everyone around him. Even the woman he loves.

Review: I have an interest in the Middle East (obviously, I am running the Middle East Reading Challenge) and find the Israel-Palestine conflict confusing, fascinating, and troubling so when Alexander McNabb asked if I would read and review his book I jumped at the chance and I am glad that I did.

I was a little confused at the beginning of the book, but I think partly that is because I only read one or two pages at a time so I didn't delve into it well at the start. Once I managed to give myself some time to really sit and read, I got pulled into the characters and the stories and off and running.

Paul is a character that I liked and didn't like at the same time. He has just moved to Jordan to put out a magazine and works with the Jordanian Ministry of Natural Resources. He meets up with Aisha who seems to have connections to everything he needs through her extended family. This is very Arab! When I visit Oman I am always amazed that everyone we meet seems to be a cousin, an Auntie, or a relative of some sort. McNabb did a good job of painting an accurate "Middle East" picture from my experiences there.

I also think the feelings he evokes about the Palestine-Israel conflict are spot on for many people. Aisha and her family are Palestinian and seem to have been involved in suicide bombings while at the same time doing business in Israel. They speak of their farm in the West Bank, the fact that most Palestinians have the old iron keys to the homes that they lost. All of this jibes with other books I've read and documentaries that I've seen on the subject.

There is definite tension in this book and I was gripping my iPad near the end as it all came together. Right up to the end I wasn't sure who the "bad guys" are (and, really, both sides have good and bad, which is shown in this novel). I love that it isn't clear who is stalking whom until the very end.