Mini-Review: Nothing in Pink (Mark Hardy) 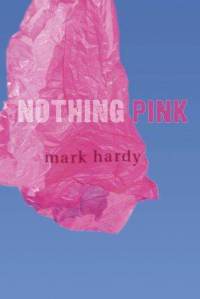 Title: Nothing in Pink

Author: Mark Hardy
Genre: YA Fiction, LGBTQ
Pages: 109
Rating: 4 out of 5
Challenges: Dewey Read-a-Thon
FTC Disclosure: I borrowed this book from my school library
Summary (from the back of the book): Vincent always knew, deep down inside, that he was gay. He was fine with that. The problem was that his faith told him he was a sinner and damned to hell. Every Sunday after Vincent's father preached his sermon and called on his flock to come to the altar and accept salvation, Vincent tried, but it never helped. And then, the first Sunday at his father's new church, Vincent meets Robert, and what was previously a spiritual crisis becomes physical. Vincent's parents can't do much about the time Vincent spends with Robert, whatever their suspicions and fears. But when Vincent's mother discovers a copy of a magazine in Vincent's room that makes the unacknowledged truth blatantly obvious, Vincent's nature and faith collide.

Review: This slim volume is a quick read, but packs a punch. Vincent is mostly comfortable with who he is, having come to terms with his homosexuality early on. Now he's a teenager in a family that lives strictly by the word of the Bible and he knows that his God has not "fixed" him yet. He thinks maybe he doesn't want or need to be fixed and when he meets Robert and has his first crush he is happy.

What I really liked about this book is that it shows the innocence of first crushes, meeting someone you really like for the first time, wanting to spend all your time with them, and hoping it isn't wrong. The scenes when Vincent's parents find out and confront him about the magazine are a bit painful with me worrying about what they would do to him. Their answer is prayer and, his mother to tell him that she loves him unconditionally even though her faith tells her he is going to hell.

By the end of the book the reader knows that Vincent is okay with himself and that's a wonderful message.

Email ThisBlogThis!Share to TwitterShare to FacebookShare to Pinterest
Labels: 4 Stars, LGBTQ, Romance, YA