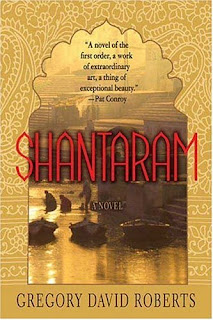 Author: Gregory David Roberts
Genre: Adult fiction
Pages: 936 (!)
Rating: 4 out of 5
Challenges: PoC, Reading from my Shelves
FTC Disclosure: I bought this book myself
Summary (from Amazon): Shantaram is the name given Mr. Lindsay, or Linbaba, the larger-than-life hero in this mostly autobiographical book. It means "man of God's peace", which is what the Indian people know of Lin. What they do not know is that prior to his arrival in Bombay he escaped from an Australian prison where he had begun serving a 19-year sentence. He served two years and leaped over the wall. He arrives in Bombay with little money, an assumed name, false papers, an untellable past, ands no plans for the future. Fortunately, he meets Prabaker right a way, a sweet, smiling man who is a street guide. He takes to Lin immediately, eventually introducing him to his home village, where they end up living for six months. When they return to Bombay, they take up residents in a sprawling illegal slum of 25,000 people and Linbaba becomes the resident "doctor." With a prison knowledge of first aid and whatever medicines he can cadge from doing trades with the local Mafia, he sets up a practice and is regarded as heaven-sent by these poor people who have nothing but illness, rat bites, dysentery and anemia. He also meets Karla, an enigmatic Swiss-American woman, with whom he falls in love. Theirs is a complicated relationship, and Karla's connections are murky from the outset.

Review: I guess that summary works, but not really. There is so much more to Shantaram, which isn't a surprise since it's so darn long! Linbaba seems to get involved with so many people in Bombay from kind slum dwellers to the mafia to people fighting in Afghanistan to prostitutes, smugglers and more. In fact at times it's difficult to keep them all straight.

There is just so much going on in this book that I am not even sure how to review it. I really enjoyed the first part of the book when Lin has first arrived in India and is getting to know people and the city of Bombay (now Mumbai). As soon as he steps off the plane he meets Prabaker who is my favorite character. I really missed him and Lin's other friends from the slum when they weren't in the story so was glad when it all came full circle at the end.

Lin gets mixed up in some amazing things, most of which are based on the author's own experiences in India after he fled prison. It feels a little like Forrest Gump in that he seemed to be involved in everything and it all seemed so crazy and "what are the chances that it is all connected". Does that make sense? Lin is involved in passport making, gun running, fighting in Afghanistan and dealing with the Taliban, money laundering, drug dealing, and more. We definitely see the shady side of Bombay.

That said, Lin has an amazing capacity to meet people, befriend them, take risks, enjoy life, and live it to its fullest. He seems to take everything head-on and to see it all as an adventure, which is an infectious way to live. Because of this attitude he become fluent in two Indian languages, meets wonderful (and not so wonderful) people, and is never short of adventure. In some ways this book reads like a Indian cowboy story. The details in this book are amazing (hence the 936 pages) so if you are in the mood to really get involved in a long story where you'll know everything that is going on in minute detail this book is for you! 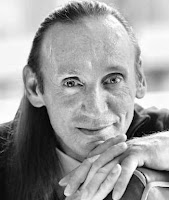 Click to see my updated Google Map. Another India book! This one took me weeks to read and I did it as a read-a-long with a number of other bloggers. Only two of us have finished the book so far, but I think most of us quite liked it.