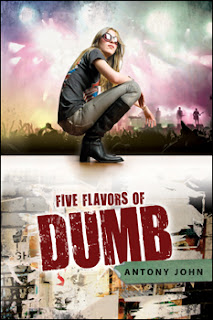 Author: Antony John
Genre: YA Fiction
Pages: 337
Rating: 4 out of 5
Challenges:
FTC Disclosure: I borrowed this book from my school's library
Summary (from the back of the book): Eighteen-year-old Piper has gotten herself into a mess. Because of her big mouth, she has one month to get a paying gig for her high school's hottest new rock band, called Dumb. In Piper's mind, the band couldn't have a more perfect name. Just look at the members: one egomaniacal pretty boy, one silent rocker, one talentless piece of eye candy, one angry girl, and one nerd-boy drummer--five discordant personalities who, when put together, seem ready to self-destruct at any moment. Getting them an actual gig seems impossible. Add to the fact that Piper doesn't know fi their music is good or not, because, well, she's deaf.

But Piper is determined to get the band a gig to show her classmates that being deaf doesn't mean she's invisible. And as she gets to know the five flavors of Dumb, some hidden talents, secret crushes, and crazy rock music emerge. She doesn't need to hear the music to sell it, but Piper wants the chance to feel the music too. Does she have what it takes to manage Dumb and discover her own inner rock star?

Review: I have been mending to read this book for quite some time now and am really glad I finally got around to it. I think this book has something for a lot of different types of readers.

Yes, Piper is deaf. She signs, she reads lips, and she can speak because she lost her hearing at age six. While the issue of her deafness is present throughout the book it doesn't get "old" or overdone, it is an important part of how other people interact with her whether they are adults or teens. For me, the most interesting aspect of this storyline was Piper's role at home and how her lack of hearing affects her relationships with her family. Her baby sister is also deaf as were her grandparents so most of the family signs. Except her dad. My gut reaction is how can a parent not learn to communicate with their child?! This issue is handled so well by the author and mirrors what I have seen in some of the deaf students at my school. What I liked is that the author showed the issue of communication from both sides. All in all, the idea of hearing, not hearing, and family relationships is handled really well.

The band. Like many bands they have their issues with personalities, differences (both musical and personal), and who is making the decisions. No one person is right through all of their arguments, which is really nice because it means the reader's pre-conceived ideas are constantly being tested. Crushes play a big role in who gets into the band, who stays, who is currently irritating the others, etc. and that is real life. We often can't see beyond the moment and who is interesting to us now, who is from a different social group, or who we have a bias against. It's all believable and handled well.

And it was fun to have some Seattle rock history make its way into the book as well! 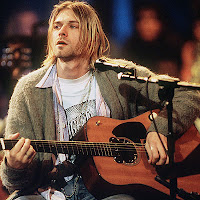 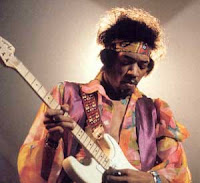 Click to see my updated Google Map. Seattle is a great city and I liked that the author used real rockers to take the characters are the city. Visiting Kurt Cobain and Jimi Hendrix' homes while giving some rock history was pretty cool.