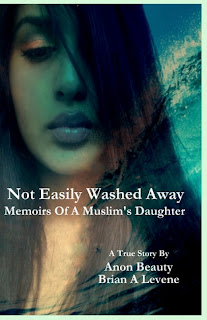 Title: Not Easily Washed Away: Memories of a Muslim Daughter
Author: Anon Beauty and Bryan Arthur Levene
Genre: Adult non-fiction
Pages: 272
Rating: 3 out of 5
Challenges: PoC
FTC Disclosure: I got a pdf of this book from the author
Summary (from Amazon): Not Easily Washed Away is the true story of a young girl who wa sborn to a Muslim family in Pakistan. She suffered through sexual, mental and physical abuse for fifteen years, which was perpetrated by her father Abdulla. Laila decides to take advantage of her father's incestuous addiction by having him acquire a visa for her to the US, where she feels as if she can rid herself of her putrid past. The book is written from a psychological perspective in the first person, as Laila shares her painful past with the reader, sparing no details of her ordeal as a child, teenager and young adult. She arrived in Seattle in 2004 to start a new life, but ends up unable to stop the incestuous relationship. In 2007 her sister joined her in the US and Laila met a nice Christian Jamaican man at university. He confronts her about the abuse and she tells him everything. He convinces her that she can be strong and free herself from her abusive father and run away with him.


Review: There is something about abusive relationships in books. We don't want to read about them, it is painful to read, but we keep on going. It's like watching an accident: you know you shouldn't look, but you do. That's the way it was for me with this book. I really didn't want to read the whole thing because of the detailed pain, but I finished it. I've seen this in my students when they read David Peltzer's A Child Called It... it's horrifying, but they are fascinated.

There is no shortage of books about abuse, but this one didn't "do it" for me as much as I had expected. I think it is the sexual details laid out by the author. Call me a prude, but I just don't want to read the gory sexual details. And this is father/daughter and step-mother/daughter!

I had two other issues with this book. The subtitle is "Memoirs of a Muslim Daughter", which I think is misleading. Yes, Laila is originally from Pakistan and she is muslim, but that really has no bearing on the story and I think it's misleading. Her story is a universal one that happens in all cultures and social classes; I wish it had not been labeled "muslim". The other issue is the writing, this book needed an editor to go over it more carefully to fix the typos and choppy sentences. Actually, now that I've said that, I got an email from Anon Beauty who said the dialogue is "As Told" from Laila, which I assume means that that dialogue is how Laila talks.

What this book does well is show the psychological affect of abuse on the victim and even those around her. Laila cannot get herself out of the cycle of abuse that goes on and on and on. She is somehow drawn to her father despite the abuse, doesn't tell anyone about it for years (so common), and it affects her every move, mood, successes and failures. It broke my heart that she didn't have anyone that she felt she could turn to; every adult in her life didn't notice, chose not to notice, or wasn't really available. Laila has no one to save her until she is in her twenties! For this aspect, I think books like this one are important: they raise the issue of abuse and it's ramifications across an entire family. 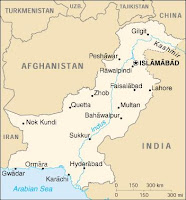 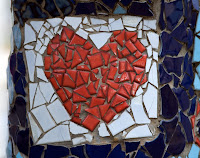 Click to see my updated Google Map. I realize I've read a lot of books based in Afghanistan and India, but this is the first book by a Pakistani that I have read.

I have to say that this book sounds interesting. I don't know if I can read it though - incest is one of my challenged topics, and I will have to work myself up to read a book on that topic. I'm curious though - how are the authors connected to Laila?

Aths--it is a very compelling, but difficult story

in Response to Athos, Annon Beauty the co-author is Laila. Brian Levene is her fiancee and father of her baby. He was Lavelle who "saved" her in the book.

I didn't care for it at all, and I won't bother reading the sequel when it comes out.

Anonymous--I thought Anon Beauty wasn't Laila because she told me that quotes in the book were told to her by Laila....

I thought the quotes were told to Brian Levene, I'm not sure why she would say that. They are both in a book group at Goodreads.com and from what they have posted there, and pictures of their baby, Annon beauty says the book is about her.

Anonymous--it all seems a little confusing....

right here on her profile she says if you have bought the book you know her biography or something like that. and they've strated a sequel.
http://www.goodreads.com/user/show/4872674-anonbeauty