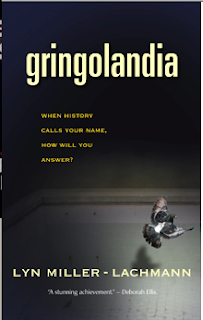 Title: Gringolandia
Author: Lyn Miller-Lachman
Genre: YA, POC/International
Pages: 272
Rating: 4.5 out of 5
FTC Disclosure: I bought this one with my own money
Challenges: To Be Read (#3); Rainbow Connection (G); Young Adult (#5), POC
Summary: (from the inside flap): Daniel Aguilar's papa, Marcelo, used to play soccer, dance the cueca and drive his kids to school in a beat-up taxi---all while publishing an underground newspaper that exposed Chile's military regime. After Marcelo's arrest in 1980, Daniel's family fled to Wisconsin. Six years later Daniel has a new life far from politics. A junior in high school, he plays lead guitar for a rock band and dates Courtney, a minister's daughter.
When his father is released and rejoins the family, Daniel sees what prison and torture in a brutal police state have done. Marcelo is partially paralyzed, haunted by nightmares, and bitter about exile in "Gringolandia." Daniel worries that Courtney's scheme to start a human rights newspaper could bring back papa's past and drive him further into alcohol abuse and self-destruction. Daniel dreams of a real father-son relationship, but he may have to give up everything to save his papa's life.
Review: This sort of book, one with an international element is right up my alley. Throw in some political intrigue and I am all over it. Miller-Lachmann does a great job of showing just how destructive Pinochet's torture prisons were on the victims and their families. And, she also shows (not tells) the reader how immigration, prison, and alcohol chip away at a family's very core.
The description of this book makes it sound depressing, but it's not. It makes the reader think about what s/he would do when faced with injustice and inhumane conditions. The characters in this book choose to fight, each in their own way (some with words and some with actions). I particularly like the article that one of the main characters wrote that serves as the final chapter; it is poetic and thought provoking. 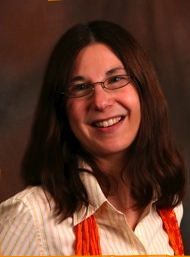 I appreciate your review and interview. Now I'm even more excited to read Gringolandia.

Thank you for the opportunity to be interviewed. These were thought-provoking questions and I enjoyed answering them. Interesting that your favorite scene turned out to be mine as well.

Very interesting and thoughtful interview. Thanks for posting this.