YA Nonfiction Review: The Grand Escape by Neal Bascomb 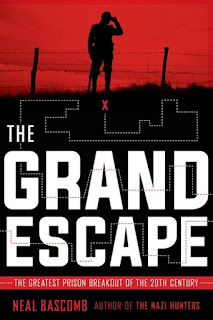 Genre: YA non-fiction
Pages: 229 plus notes, bibliography, and index
Rating: 4 out of 5

Summary (from the inside flap of the book): At the height of World War I, as Allied and German forces battled in the tranches and in the air, any captured Allied soldiers nad pilots were sent to a web of German prisons. The most dangerous POWs, the ones most talented at escaping, were sent to the camp of Holzminden--better known as "Hellminden." A land-locked Alcatraz of sorts, its rules enforced with cruel precision, the prison was the pride of a ruthless commandant named Karl Niemeyer.

This is the story of a group fo ingenious and defiant Allied soldiers and pilots who dared to escape from Holzminden, right under Niemeyer's nose. Leading a team that tunneled through the prison's foundation and far beyond its walls, these breakout artists forged documents, smuggled in supplies, and bribed guards. Twice the tunnel was almost exposed, and the whole plan foiled. But in the end, a group of ten prisoners escaped and made it out of enemy territory in the biggest POW breakout of World War I, inspiring their countrymen in the darkest hours of the fight.

Review: World War I is one of my favorite historical eras / events. And escapes are super exciting and interesting so a WWI escape sounded right up my alley.

The first half of this book is background: information about World War I (good since it's a YA book and students may not have much background on the war); introductions to the men who end up trying to escape; stories of British POWs in various German camps; and how each of them men arrived at Holzminden and what life was like under the awful Niemeyer. I found it fairly interesting, but this first half didn't thrill me.

The second half of the book is what I looked forward to: the escape. The story of the tunneling, the deception of the German officers, the collaboration of some Germans to help the British soldiers, and the clever ideas that the POWs had were all really interesting. I felt quite tense reading about the actual escape (and capture of some of the escapees) and I cheered out loud when the first man made it to safety in Holland and sent a snarky telegram to the German Commander!

One of the most interesting aspects is that the experiences of these men was used in World War II by the British and Americans to train soldiers about being POWs and the importance of escaping. 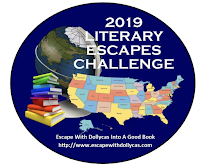 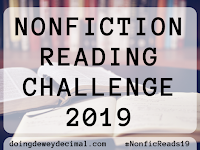 Email ThisBlogThis!Share to TwitterShare to FacebookShare to Pinterest
Labels: 4 Stars, Challenge 2019, Non-Fiction, YA