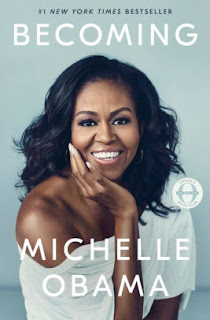 Summary (from the inside flap of the book): When she was a little girl, Michelle Robinson's world was the South Side of Chicago, where she and her brother, Craig, shared a bedroom in their family's upstairs apartment and played catch in the park, and where her parents, Fraser and Marian Robinson, raised her to be outspoken and unafraid. But life soon took her much further afield, from the halls of Princeton, where she learned for the first time what it felt like to be the only black woman in a room, to the glassy office tower where she worked as a high-powered lawyer--and where, one summer morning, a law student named Barack Obama appeared in her office and upended all her carefully made plans.

Here, for the first time, Michelle Obama describes the early years of her marriage as she struggles to balance her work and family with her husband's fast-moving political career. She takes us inside their private debate over whether he should make a run for the presidency and her subsequent role as a popular but oft-criticized figure during his campaign. Narrating with grade, good humor, and uncommon candor, she provides a vivid behind-the-scenes account of her family's history-making launch into the global limelight as well as their life inside the White House over eight momentous years--as she comes to know her country and her country comes to know her.

Review: I am not a much of a memoir reader and certainly not someone who reads "celebrity" memoirs. I know, Michelle Obama is much more than a celebrity, but you know what I mean. But, I desperately miss having the Obamas in the White House and this book is getting good press so I decided to read it and I'm glad I did! I have a jumble of thoughts about it so I am just going to bullet list them here since I feel, on this Christmas Eve morning, a bit incapable of composing them all into coherent paragraphs.


All in all, I feel like the Obamas are people you could have a great dinner with and not feel intimidated (ok, at first I totally would be!). Michelle Obama is intelligent, interesting, and handles life with grace. 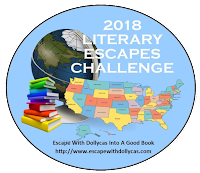