Review: The War Within These Walls by Aline Sax and Caryl Strzelecki 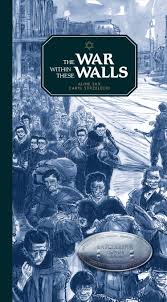 Genre: YA historical fiction
Pages: 169 including illustrations
Rating: 4.5 out of 5

Summary (from the inside flap of the book): Misha and his family, like the rest of Warsaw's Jews, are harassed and humiliated by the Nazis, and eventually crowded together into a single tiny ghetto. Every day more people die from disease, starvation, and violence. Misha has no way to protect his parents and sister, and no reason to hope--until one day he meets a group of brave young people who have decided that they will not give in to despair Together they make one final, daring stand.


Review: I thought this was a graphic novel in the traditional sense, but it's really an illustrated book. A well done one for sure. I'll admit that since I know so much about the Holocaust I don't learn new things from novels anymore unless they really deal with a more obscure version of the experience and sometimes that affects my ranking of a book. My response was, "this is a 4," but it's really well done and not the author's fault that I know this story so well. So, I gave it 4.5.

The illustrations really make this book as they are two-tone, graphic, and help the reader to feel the violence, anger, and angst experienced by the Jews in the Warsaw ghetto. The text is sparse and moves quickly to cover the story, allowing the illustrations to fill in the details and emotions.

This is an important story and I like that this book is accessible to younger readers. 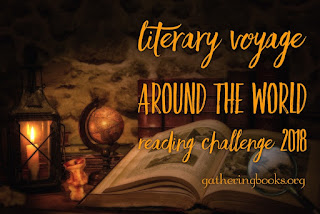