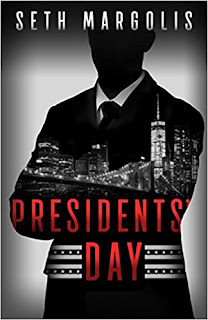 Summary (from the inside flap of the book): In this twisting, ferocious novel of suspense, the presidential race has a number of men all clawing to get to the top. Each man has a locked closet of secrets. And one man holds every key.

Julian Mellow has spent his life amassing a fortune out of low-risk/high-reward investments. But the one time in his life he got in over his head, he left another man holding the bag, and mad an enemy for life, one who has nothing to lose. Now, Mellow has an even greater ambition--to select the next President of the United States--and to make that man do his bidding, in business and beyond.

It all ties to an African nation where his son died years before, where a brutal dictator still rules supreme, and where a resistance movement lurks in the alleys, waiting for the right time to strike. Margolis spans the globe to weave together a brilliant story of politics at its most venal, where murder is part of th epolitical process, where anyone's life is up for sale, and where one man--that bad penny of an enemy--could bring the whole kingdom toppling.

Review: Another good TLC Tour read. Those ladies really know the type of book I enjoy, which is great.

I do enjoy political movies/TV shows/books so this one was a good read for me. And the timing of this novel couldn't have been more perfect--billionaires owning and controlling the US political scene? How timely. When the author started the book, Trump wasn't doing his thing, but now that it's published, it seems to fit the times well.

What's scary about this story is the lengths to which Julian Mellow was willing to go to get what he wanted: email hacking; hiring thugs; murder; blackmail; and political manipulation. There was even a coup in an African nation, for goodness sakes. All of that makes the book interesting, but I wasn't totally buying into Julian's reasons for doing it.

I really liked the character of Zach, he's the guy who is chasing down Julian throughout the book, trying to prove what Julian is doing, gathering evidence, etc. He seems to be the one "good" character in all of this, has good investigative journalist/detective skills, and I so badly wanted him to be successful and expose all the awfulness that was taking place.

If you like political intrigue with some murder and mayhem mixed in, Seth Margolis is an author you should check out. 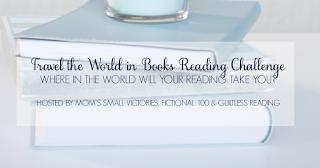