My life in books:
It's been a slow two weeks of reading! Since my last Sunday Salon that talked about books I've read the following books: 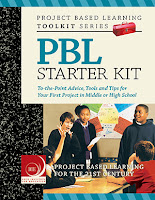 For the first time in years I am participating in some book challenges. Here's what I managed to do in the past month or so:

Last week I attended a wonderful workshop called Safe Schools. It was put on by three local groups and aimed at making schools safer for our LGBTQ+ students/community. Ironically, it was the day after Trump rescinded the guidelines for transgender youth in schools. The adults in charge were wonderful, explaining the issues and terms clearly and engaging the teachers and administrators in meaningful discussions and activities. But the most powerful part of the day was the student panel. The students were high school students from our school district, both allies and members of the LGBTQ+ community, and they spoke about their experiences, barriers to their comfort and safety, things the schools are doing well, and suggestions. They were an articulate bunch of young adults! And boy did I learn a lot.

I finished "Stranger Things" and am glad I watched it, however, I am not sure if in October I'll watch season 2. I also finally watched "13th," which was a fabulous documentary about civil rights in the US since the 13th amendment passed officially barring slavery (but unofficially, not really). Another powerful documentary that I found time for is The White Helmets, which won an Oscar and boy did it deserve it! It's only about 45 minutes long, but so powerful and educational. I also watched "Manchester By the Sea," which I thought it was pretty good, especially the characters.

Flooding. Bring rain to southern California and we flood. Our roads are not built for rain and apparently neither is a my office at work. About 12 of us work in the basement (not exactly the nicest working conditions on a good day) and over the four-day weekend the lashing rain flooded the basement so now we are office-less. I've been working from home, finding empty conference rooms, and working out at various school sites, but it's quite unsettling and discombobulating. And now we're worried about mold even though the environmental reports say there isn't any. It sure stinks though. Good times! 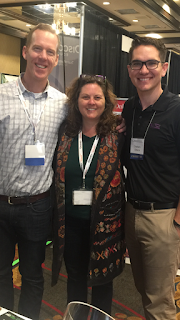 For the past few days I've been up in Sacramento at the California Council for the Social Studies annual conference. I've attended many good sessions and feel like I've caught up on my sleep (even though my initial flights were cancelled, thank you United, and I had to get up at 4:00am to catch an early flight). The best part was when I walked into the exhibit hall and ran into two of my former colleagues! They are great guys and I had no idea they were going to be here so that was really fun.