Review: My Secret Life in Hut Six by Mair and Gethin Russell-Jones

FTC Disclosure: I borrowed this book from my mother

Summary (from the back of the book): Born and brought up in the sheltered environment of the Welsh valleys, Mair Thomas is amazed to discover her grasp of the German language and musical training make her an ideal code-breaker for Bletchley Park. Leaving behind disapproving aunts and her pacifist boyfriend, she finds herself working long shifts in Hut Six. Sworn to secrecy, she is so afraid of blurting out something she shouldn't that she cannot sleep, especially not when her landlord threatens to lurk outside her door to check whether she talks in her sleep.

Despite cramped and uncomfortable working conditions, Mair came to value her days at Bletchley more than any others in her life. She vividly captures an era of danger and day-to-day challenges, with constant strain occasionally brightened by visits from the top brass, including Winston Churchill. This first hand account, remembered affectionately by Mair, and painstakingly recorded by her son, Gethin, gives a fascinating insight into one woman's war.

Review: My mom came to me a bit before Christmas and said she had just discovered that one of her childhood neighbors had been a code-breaker at Bletchley Park! Mom remembers her as a lady who knit and made tea in Pontycymer, Wales, not as someone who played a role in World War II's Enigma code! Wanting to know more, I got my mom this book for Christmas, we saw the movie The Imitation Game (what great timing that this excellent movie on the same topic came out as we got the book!), and here we are. These are photos of Pontycymer that I took on a visit in the 1980s, after the coal pits had closed. 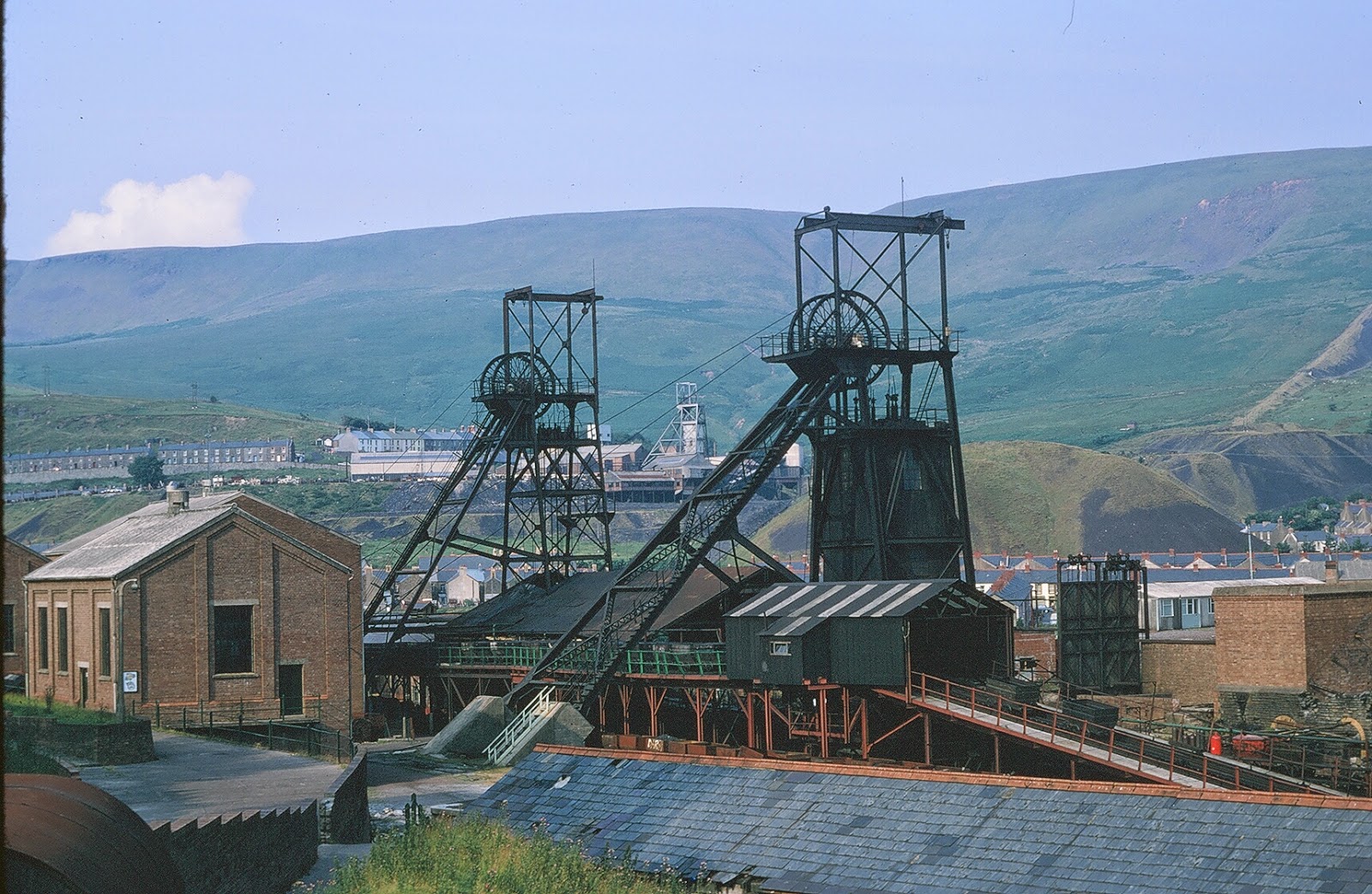 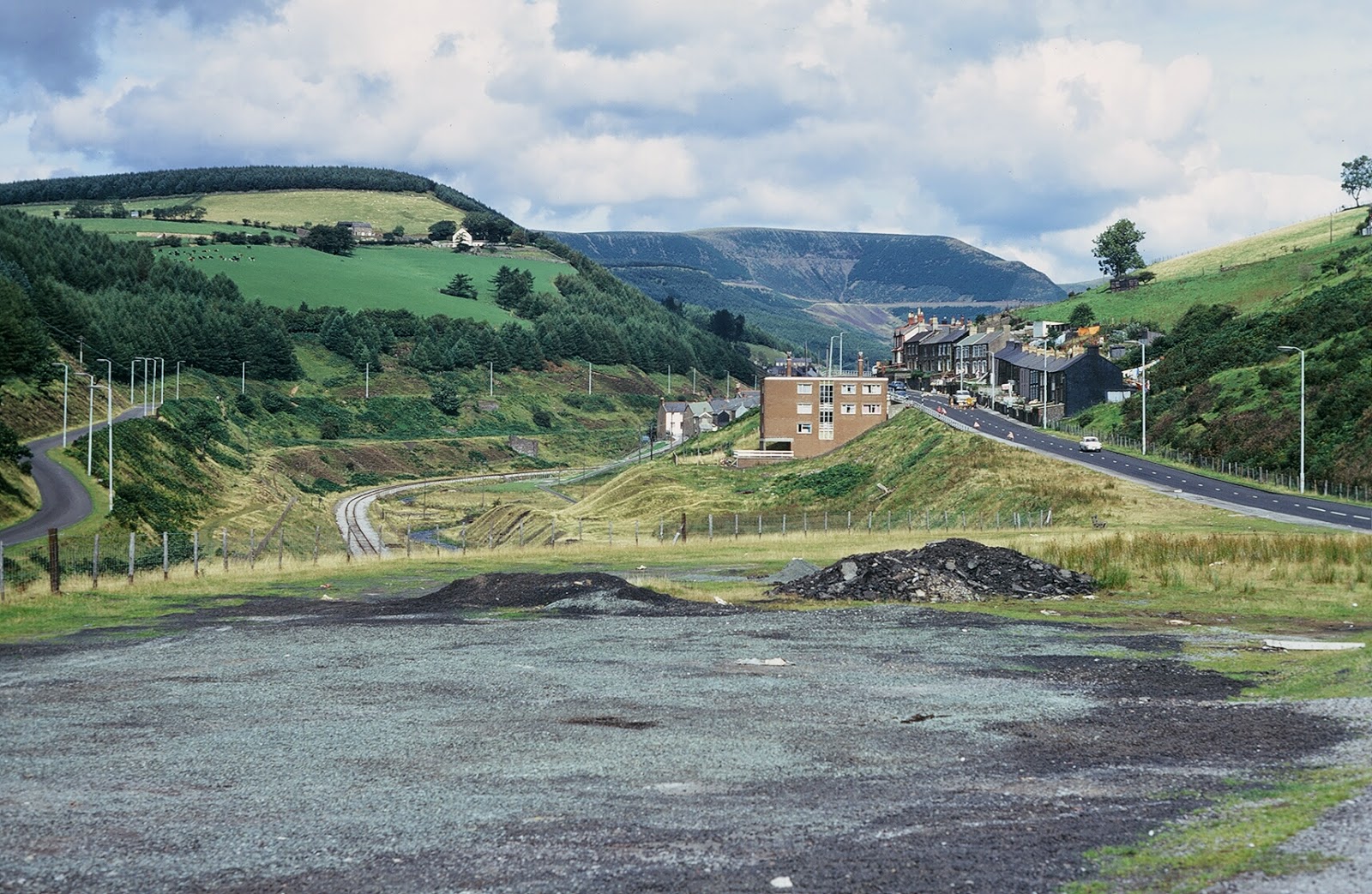 My mom grew up next door to Mair's sister, Beti, on Albany Road. The Welsh mining village is tiny and most people don't leave, let alone go on to do government work. Those that left before the 1960s were the brightest since they were going off to college or university. The world at Bletchley must have been so different from Pontycymer for Mair; a world of intellectualism, intrigue, and adventure.

The book is written in somewhat of a strange way with historical narration in regular type and Mair's exact words and memories in italics. Mair's memories are sometimes as short as a paragraph, but more often are a page long. At first I didn't like it, but as I read I got used to it and the book flowed.

The story is a fascinating one of a small town girl who is extremely bright and interested in the world, being chosen by MI6 (like our CIA) to work at code-breaking. She was chosen because she was good at solving crossword puzzles and could speak German. What really hits home as you read this book is the fear she felt for decades about letting slip information about her war-time work. She felt she was followed, couldn't tell even her father or husband what she did and was convinced that the government would punish her if she ever said a word. The final chapters, covering the years after the truth about Bletchley came out, show Mair's relief at finally being able to talk about what she did during the war.