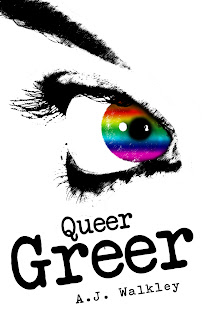 I am really excited to have author Alison Walkley contribute a guest post today about her YA book Queer Greer. If you'd like a chance to win an electronic copy of the book, leave a comment. Be sure to leave your email address so we can contact you.


Queer Greer and Coming Out in High School
By A.J. Walkley

When I think back on my teenage years, I can’t help but acknowledge the fact that my high school was not exactly inclusive of all of the students walking through the halls. While I was personally still closeted at that point in my life, it did not occur to me until after I graduated in 2003 that there was never a Gay/Straight Alliance, or any other safety net for the lesbian, gay, bisexual and transgender students enrolled there.

The importance of having such a group for LGBT students to be welcomed into cannot be stressed enough, especially today when stories of bullying and teen suicide as a result of such bullying are being publicized more than ever before. More often than not, the source of such bullying is a student’s perceived sexuality. It is not only vital for teens as a whole to become well-acquainted with the trials of being a sexual minority in the realm of high school, but high school teachers as well, so as to be able to appropriately deal with any discrimination they see in the classroom and to stave off potential tragic consequences before they reach that breaking point.

When I wrote my book, Queer Greer, back in 2007, I did so for one overarching reason more than any other – there was no literature I had found at the time that properly spoke to what it was like to come to terms with your sexuality and come out of the closet as a teenager. While there are many more books out there now that tackle this subject, they are still few and far between.

The plot of Queer Greer surrounds the protagonist, Greer MacManus, when her family moves to a new state and she enters a new school her junior year of high school. While she starts to date a football player named Cameron Keeting, her sights soon fall on another – her swim team captain, Rebecca Wilder. The book details the rollercoaster ride Greer finds herself on when attracted to both a boy and a girl, and what that means to her, identity-wise.

I wrote the book that I wish I had had to read when I was coming to terms with my own bisexuality over the course of high school and college. I wanted to make sure that the next generation of LGBT youth coming up and out after me had something to turn to if they needed it – a character that they could relate to and see themselves in.

I don’t think I’ve spoken for everyone in the LGBT community by any means with Queer Greer, nor did I intend to. I do think I’ve written a very realistic portrayal of some of the issues being LGBT raises as a teen, both internally and externally. I hope those currently dealing with these types of issues will read it and take solace in the fact that there are so many others living with similar questions, slowing making their way to their own answers. No matter where you are in the process, it does get better.

I’m happy to report that the high school I graduated from all those many years ago founded their own GSA just about three years ago. I hope it’s helping LGBT students now, even if it didn’t exist for countless others before. I also hope many more schools are following suit. 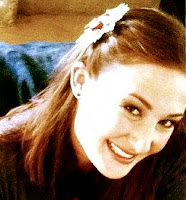 A.J. Walkley is the author of Queer Greer and Choice. She is currently writing her third novel, Vuto, inspired by her experience as a U.S. Peace Corps health volunteer in Malawi, Africa. Follow her on Twitter @AJWalkley and Facebook at facebook.com/ajwalkley.
Link to buy Queer Greer: http://bit.ly/zsnW8Y