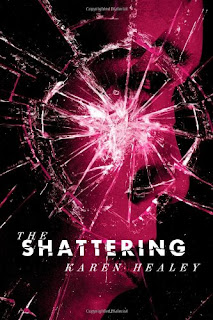 Author: Karen Healey
Genre: YA fiction
Pages: 305
Rating: 4 out of 5
Challenges: POC
FTC Disclosure: I borrowed this book from my school library
Summary (from the inside flap of the book): "If you want to find out who murdered your brother, follow me." Keri, Janna, and Sione have one thing in common: their brothers are dead. Each death was ruled a suicide, but there were no notes, no warnings, and no explanations. So they've worked out a theory: Their brothers were murdered--and weren't the only victims. As the search for the killer goes on, mysterious forces are unearthed and suspicion is cast on those the three trust most. When secrets shatter around them, can they save the next victim? Or will they become victims themselves?

Review: I am all about a good mystery so this one appealed to me immediately. The funny thing is I didn't read the entire blurb on the inside flap so there was a surprise element for me.

This book is set in New Zealand and that actually played a role in the book. The characters talk about which part of the country they live, where they would like to live, and how the fact that they are in a small town on the west coast is relevant. In addition, the characters represent the varied cultural groups in New Zealand. Keri is a strong female rugby player (a sports for which New Zealanders are famous) who is biracial: Maori and White. Sione is Samoan. Takeshi is Japanese and his host family is White, but his host sister's name is Maori. I really liked the mix since there are words from those cultures sprinkled throughout the book (and a glossary in the back).

The story is also a good one: the characters have all lost an older brother to suicide, but they are convinced that it was murder. In fact, there are about 10 young men, all older brothers, who have killed themselves, one per year. What is the connection? Why didn't any leave notes? Why doesn't it ever rain in their town between Christmas and New Year when it does in the neighboring towns? How is their town surviving so well economically when other towns seem to be suffering during the recession?

These questions all lead to the part of the book's description that I had overlooked: supernatural. I'll admit that I don't read supernatural books with magic in them, it just isn't my thing. So I am glad that I didn't know that was coming in this one because I may not have read it if I had known. However, I enjoyed this book even though I was started by the supernatural element. It was an interesting twist to the book and I know that will make this a popular one with my students. 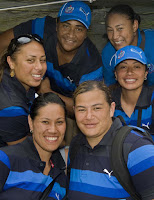 Click to see my updated Google Map. This is my second book set in New Zealand and that was cool since they actually talked about geography, place names, weather, etc

Email ThisBlogThis!Share to TwitterShare to FacebookShare to Pinterest
Labels: 4 Stars, Supernatural, YA