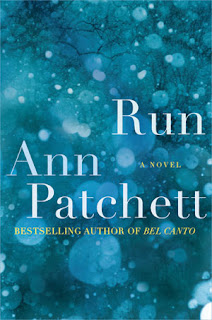 Author: Ann Patchett
Genre: Adult Fiction
Pages: 296
Rating: 4 out of 5
Challenges: PoC, Book Group
FTC Disclosure: I bought this book with my own hard-earned money
Summary (from the inside flap of the book): Since their mother's death, Tip and Teddy Doyle have been raised by their loving, possessive, and ambitious father. As the former mayor of Boston, Bernard Doyle wants to see his sons in politics, a dream the boys have never shared. But when an argument in a blinding New England snowstorm inadvertently causes an accident that involves a stranger and her child, all Bernard cares about is his ability to keep his children--all his children--safe.

Review: I am a fan of Ann Patchett's work, especially Bel Canto and Truth and Beauty. Oh, and the Patron Saint of Liars. This book was good, but didn't grab me quite the way those other three did when I read them.

This book is full of family, relationships, loyalty, and people who want to belong. I really enjoyed the relationship between the three brothers: Sullivan (Doyle's only biological child), Tip and Terry (Doyle's adopted children). All three are grown up and seemingly making it on their own, but they still gravitate back to their father and their childhood home where they seem to revert back to being small children. That is so real and natural. As this stranger and her child come into their lives, the Doyles take time to embrace them, to accept them (for various reasons I won't reveal), but with each passing page the reader can feel the building of relationships.

Run is nicely written as all Patchett's books are. Her prose flows easily and draws the reader in. I felt as if I had known the Doyle family for a long time even at the start of the story. I found their relationship interesting, their situation intriguing, and the decisions they made fascinating. I feel like I am being vague but I don't want to give away the main storyline. Suffice it to say it raises issues: what is family; who are our loyalties to; and how much are we influenced by our parents and siblings. 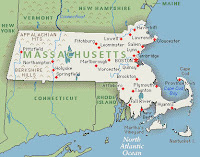 (runner)
Click to see my updated Google Map. I think this is my second Massachusetts book this year and it's set in Boston, a city I really like a lot..