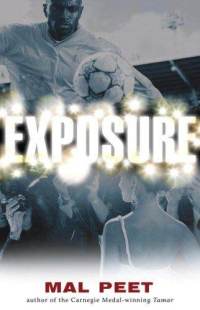 Author: Mal Peet
Genre: YA Fiction
Pages: 448
Rating: 4 out of 5
Challenges: PoC
FTC Disclosure: I bought the audio book for my iPhone
Summary (from amazon): When a black South American soccer star signs on to a  team in the country's racist south, headlines blare. And when he falls for the sensual Desmerelda, a stunning white pop star and daughter of a wealthy politician, their sudden and controversial marriage propels the pair to center stage, where they burn in the media spotlight. But celebrity attracts enemies; some very close to home. And its dazzle reaches into the city's hidden corners, exposing a life of grit and desperation the glitterati could never imagine. When a girl is found murdered, Paul Faustino is caught between worlds as he witnesses the power of the media in making--and breaking--lives. The story is inspired by Shakespeare's Othello.

Review: Huge confession: I have never read Shakespeare's Othello and didn't realize this book was related to it until I was about half way through. So I had to go and read through a cheat sheet of Othello to get the references.

Another confession: I listened to this book rather than reading it myself, always a danger for me since I am a visual person and sometimes have trouble just listening to the printed word. I did well with this one, following the story just fine, but I did have trouble with the narrator because when he did voices for the characters they seemed to have Caribbean accents and that threw me off since it is set in South America. The book is also set up like a screen play at times; the chapters are Acts and Scenes and there are sometimes stage directions. I think this sort of thing is much better when it's read rather than heard.

What I liked about the book: 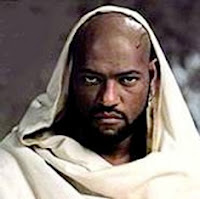 (photo credit for the Othello photo)

Click to see my updated Google Map. I was excited to finally find a book based in South America to add to my list only to discover that this book never says which country it is in. In fact, the author has created the country and all of its politics and issues. But, I kept picturing it as Argentina because of all the references to Germanic white people.