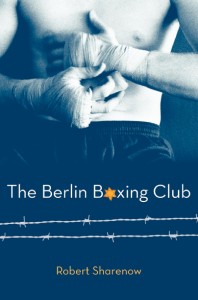 Author: Robert Sharenow
Genre: YA Historical Fiction
Pages: 400
Rating: 4.5 out of 5
Challenges:
FTC Disclosure: I received this book from the publisher and will donate it to my school library
Summary (from the back of the book): Fourteen-year-old Karl Stern has never thought of himself as a Jew. But to the bullies at his school in Nazi-era Berlin, it doesn't matter that Karl has never set foot in a synagogue or that his family doesn't practice religion. Demoralized by relentless attacks on a heritage he doesn't accept as his own, Karl longs to prove his worth to everyone around him. So when Max Schmeling, champion boxer and German national hero, makes a deal with Karl's father to give Karl boxing lessons, Karl sees it as the perfect chance to reinvent himself. A skilled cartoonist, Karl has never had an interest in boxing, but as Max becomes the mentor Karl never had, Karl soon finds both his boxing skills and his art flourishing.

But when Nazi violence against Jews escalates, Karl must take on a new role: protector of his family. Karl longs to ask his new mentor for help, but with Max's fame growing, he is forced to associate with Hitler and other Nazi elites, leaving Karl to wonder where his hero's sympathies truly lie. Can Karl balance his dream of boxing greatness with his obligation to keep his family out of harm's way?

Review: Another Nazi-era novel for me... yay! I do love World War II and Holocaust literature and Robert Sharenow has done a fabulous job with this one. I was a little hesitant because of the boxing angle since boxing is a sport that I really don't like, I can't even watch it (I don't like blood and am a true pacifist, which even extends to hitting of any sort). However, the boxing parts are really interesting with references to real bouts, real boxers, and details of the sport that I found very interesting (strategies, etc). So don't let the boxing parts turn you off and if you enjoy boxing, you'll like this even better!

This historical fiction, which I know can turn off some students. However, as in any good historical fiction, especially those written for young adults, we learn the history through the experiences of the characters and don't feel like we're learning, but rather absorbing Nazi-era Germany through Karl, his family, and friends. Kristallnacht, the night of broken glass, features huge in the last third of the book and is dealt with very well. Actually, the whole book manages to combine events with emotion in an extremely real well, helping the reader to connect easily with the characters and their experiences.

Another aspect of this story that I loved is that Karl's father is an art dealer who specializes in all the artists that I like best: Otto Dix; Picasso; Grosz; Matisse and others so it was fun to read the artistic references. This ties into Karl's cartooning, examples of which appear throughout the book.

For all the people that say "how could people not rebel against the Nazis?" this is a book that helps to answer that question. Things changed slowly, life was difficult, people didn't have money to move away, and why would you leave your homeland? This book combines history, emotion, friendship, sports, and growing up in a fantastic story that will keep you glued to the pages. 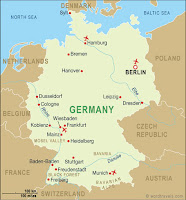 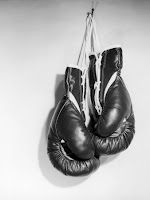 Click to see my updated Google Map. I just realized this is my first book set in Germany for 2011, which is strange given that I've read a bunch of World War II/Holocaust novels. They were set in France, Lithuania, and other European countries. So, for someone who majored in German Studies... a first.