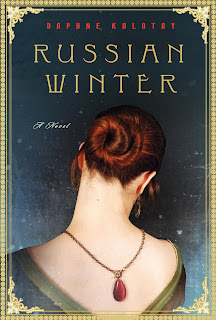 Title: Russian Winter
Author: Daphne Kalotay
Genre: Adult fiction
Pages: 496 (in the paperback, I read it on my iPad)
Rating: 4 out of 5
Challenges: Reading from my Shelves; One, Two Theme (dance)
FTC Disclosure: I bought this e-book with my own money
Summary (from Amazon): When she decides to auction her remarkable jewelry collection, Nina Revskaya, once a great star of the Bolshoi Ballet, believes she has finally drawn a curtain on her past. Instead, the former ballerina finds herself overwhelmed by memories of her homeland and of the events, both glorious and heartbreaking, that changed the course of her life half a century ago.


It was in Russia that she discovered the magic of the theater; that she fell in love with the poet Viktor Elsin; that she and her dearest companions—Gersh, a brilliant composer, and the exquisite Vera, Nina’s closest friend—became victims of Stalinist aggression. And it was in Russia that a terrible discovery incited a deadly act of betrayal—and an ingenious escape that led Nina to the West and eventually to Boston.

Nina has kept her secrets for half a lifetime. But two people will not let the past rest: Drew Brooks, an inquisitive young associate at a Boston auction house, and Grigori Solodin, a professor of Russian who believes that a unique set of jewels may hold the key to his own ambiguous past. Together these unlikely partners begin to unravel a mystery surrounding a love letter, a poem, and a necklace of unknown provenance, setting in motion a series of revelations that will have life-altering consequences for them all.


Review: I heard good things about this book and was having trouble finding books to fit my "dance" theme for the One, Two, Theme Reading Challenge so I was pleased when I saw that I could get it on my iPad. It's the first book for me to read on the iPad and I was interested to see what that experience was like.

I really liked the first and last thirds of this book. The writing is engaging, the characters were interesting, and the plot was intriguing. I got a bit bogged down during the middle third, I think mainly because there is a lot of back and forth among the three main story tellers (Grigori, Drew, and Nina) as well as back and forth in time. All these changes do not have new chapters to indicate a change to the reader, the story simply changes and sometimes that was confusing.

However, I definitely found the characters' lives interesting, and even riveting at times. The author did a wonderful job of showing what life was like for dancers, composers, poets and other artists in the Soviet Union under Stalin. Lack of food, disappearances, putting on "shows", and a fear that someone was always listening were very apparent in this book. On Amazon there is an interview with the author and one of the questions asked if characters were based on people she knew. Kalotay states that Nina is based on her grandmother and that her family were Holocaust survivors who escaped Hungary in 1956 (the year of the revolution). So, she definitely has a good background for writing this book.

I do recommend this book. By the end I really wanted to know what happened to the various characters, how they were all intertwined, and what the truth was behind the mystery of the amber jewelry. Oh, that's another thing I learned about: jewelry auctions; jewelry markings, researching jewelry and amber (did you know it has insects in it?!). I thought that was all super interesting. 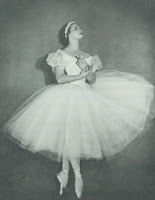 Click to see my updated Google Map. I haven't read many (if any) books set in Russia and I tend to shy away from the Russian authors so this was a nice change for me.

:) I'm glad you liked it! I thought it was super interesting too.

Katy--That's what I love about the blogging community. Even though we don't "talk", we do. And it is so nice to know others enjoyed books that we enjoy

I've heard a lot of good things too about this book, so I'm glad it lived up, despite the slogging middle of the book.

I ALMOST bought this one the other day! I am still on the fence though . . .

Aths and Lola--I definitely think the book is worth reading since the beginning and end are so good. It isn't that the middle is bad, just a lot of back and forth

This sounds beautiful - I should get to it soon. :)

I definitely have to buy this one! Thanks so much for the review!