Today on NPR I learned of two very interesting blogs. They are not book blogs, but they sound so fascinating I thought I'd pass them on.

The first news story was about a woman in Cuba who teaches others how to blog. She helps them set up blogs, what sorts of things to write, etc. She also does lessons on Twitter and introduces them to other web 2.0 ideas. Since many people on the island don't have internet access they tend to use their mobile phones for their web stuff. She blogs about daily life in Cuba on her blog Geraracion Y and has become quite controversial as many see her as a puppet for foreign governments who want to discredit the Cuban government. I have only read one post (about bicycles) so don't really have an opinion on it yet. Her blog does sound so intriguing. 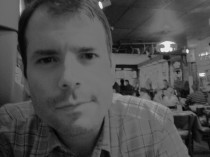 The second story is about Reed who lost his job within the past 6 months. He decided to live a year of giving and each day gives a $10 bill to a stranger (he lives in Washington, DC). When he gives it to them he finds out about them and what they will do with the $10 then blogs about it on his blog, Year of Giving. How cool is that?!


Do you have any blogs to recommend?

Email ThisBlogThis!Share to TwitterShare to FacebookShare to Pinterest
Labels: Blogging

Oh these sound awesome. I'm going to head on over and check it out.

My husband will especially like the Cuban lady, as he is Venezuelan and they have many of the same socialist views and the country leaders are friends. I think we will like it very much!

Thanks for the heads up, I love to find new and interesting blogs.

Those are awesome blogs!! I am actually impressed with the Year of Giving one! Thanks for sharing!

Helen, as the daughter of Cuban political refugees who fled Cuba in the early sixties, I thank you for bringing the blog up. A lot people have a romanticed idea of waht's really happening in the island. And thanks for remind me about the Year of Giving. I had heard about it in NPR while I was driving and it really sounded interesting.

So glad you guys enjoyed finding out about these blogs. I wasn't sure about posting such non-book related stuff, but you never know what is going to strike a chord with people!

You know, Helen, I think it does relate to books in that sometiems these blogs are later published as book. The Cuabn lady talks about her blog becoming a book, published outside of Cuba and detained in Cuban Customs. And the Year of Giving, I can forsee the cover in a book store very soon, what do you think?? So, I think you hit it right on the spot.